Growing up around his family’s bamboo crafts business, Wen-fu Yu acquired knowledge of traditional craftsmanship at young age. He was born in 1968 in Douliu Yunlin County and moved with his parents to Zhushan in Nantou County. Besides bamboo craft, he also developed strong interest in painting, calligraphy and seal carving. As a young adult, Yu chose to enter a military academy to share financial burdens of his parents, whose business had now declined. After graduating from the Air Force Academy, he embarked on a career as a flying officer, an enviable and well-respected job at the time. However, his passion for art did not dwindle. He eventually decided to retire from the air force nine years later only to pursue a creative life of crafts and art-making, which he had only been able to do during his free time previously.

In 2001, Wen-fu Yu ’s feather art project was chosen, partially due to his special background as a former air force pilot, by Taiwan’s Council for Cultural Affairs for the Art Network of Railway Warehouses program. He thus became one of the first artists in residency at Railway Warehouse No. 20, marking the beginning of his new career as an artist. In the past 15 years, Wen-fu Yu has created numerous artworks using natural materials, mainly feathers and bamboo. He has produced a wide range of art, including two- and three-dimensional works, site-specific installations and environmental and land art. Diverse as Yu’s works may seem individually, they speak of a visual language as a whole that is uniquely his. He has also been commissioned or invited to various artist residency programs by Taiwanese and international organizations, such as the Penghu International Earth Art Festival, Flower Arts Festival of Taipei National University of The Arts, Taipei International Flora Exposition, Jing-Mei Human Rights Memorial and Cultural Park, Headlands Center for the Arts in San Francisco, International Studio & Curatorial Program in Brooklyn NY, Cite des Arts in Paris, as well as King Island Culture Centre and Salamaca Arts Centre in Australia.

“Natural Sensitivity” represents the fundamental aesthetics of Wen-fu Yu ’s work. According to him, human beings, much like wild animals, gain the sharpest sensitivity to the environments when we reach an undisturbed and pure state of mind. Unfortunately, the advancement of technology has led to a society that overemphasizes sensational stimulation and interpersonal interaction, which directly or indirectly causes the aesthetic intuition of human being to vanish rapidly. In response, Wen-fu Yu rests on natural materials such as bamboo and feathers as his media to create installations and environmental art. His work is often familiar while simultaneously refreshing and allowing room for imagination. It encourages the audience to calm down and observe, or take a step further to actively discover and grasp some of the most transient yet inspirational moments and elements of our surroundings, such as the airflow, the sound of the wind and time.

The Chinese title of this exhibition literally reads “two pieces of study” (兩个习). It is a tactful play on the written form of bamboo and feather in Chinese but also the artistic strategy of the artist. Bamboo (竹) in written Chinese consists of two “个,“ meaning “pieces” in simplified Chinese; while feather(羽) constitutes two “习,” meaning “studies” in simplified Chinese. By deconstructing and recomposing the characters, the exhibition aims to emphasize Wen-fu Yu ’s approach where he skillfully transforms two of the most common raw materials offered by nature into objects of beauty and bestow them with new meanings. The titles of several works on display also correlate to the same tactics of translating radicals or parts of written Chinese characters into actual choices of materials for making art. For instance, Build, a large-scale outdoor installation, uses bamboo and wood to form a structure, a near literal materialization of the written form of “build”(築) that comprises four parts; namely, bamboo(竹), wood(木), commonplace (凡), labor(工). The same decoding process is taken for the creation of the other two works: the multimedia piece, Bosom Friend, 知音, formed with矢(arrow), 口(entrance), 立(withstand) and 日(sun), and the installation Cloud(雲), which may be deciphered as 雨(cloud) and 云 (speak), literally “cloud speaks.” These installations are mindfully placed to accentuate the architecture and environment of the museum. Also featured in the exhibit is a series of “feather paintings” that combines Chinese ink landscape painting with the imagery of banknotes. Abounding with creativity and ingenuity, each of Yu’s works embodies experiences and thoughts from different stages of his life. Viewed en masse, they provide a panoramic examination and trajectory of Wen-fu Yu ’s creative practice.

Growing up around his family’s bamboo crafts business, Wen-fu Yu acquired knowledge of traditional craftsmanship at young age. He was born in 1968 in Douliu Yunlin County and moved with his parents to Zhushan in Nantou County. Besides bamboo craft, he also developed strong interest in painting, calligraphy and seal carving. Yu eventually decided to retire from the air force nine years to pursue a creative life of crafts and art-making. 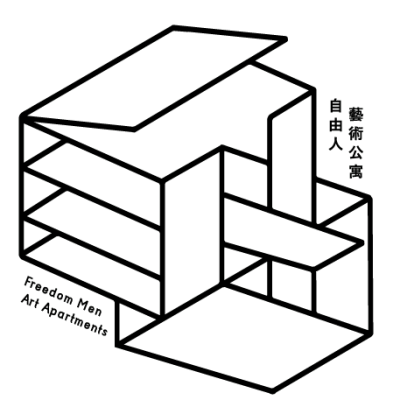